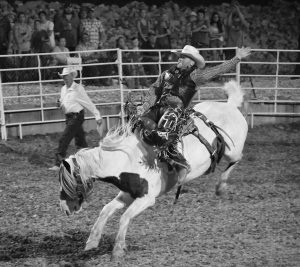 In 1992, after being raised in a rodeo family Lance McCollum decided to try his hand at fighting bulls. After a few bullfighting schools and a lot of bumps and bruises, his career as a bullfighter took off. “Lightning” Lance McCollum fought bulls for many years in the PRCA, MRCA, URA, NFPB, and several other associations. He was named Bullfighter of the Year 3 times.

In 1998, Lance decided to take on his next big dreams of becoming a stock contractor and pickup man. This is where 5J Rodeo Company began. It started with bucking horses, but soon Lance and wife, Joey, along with the rest the McCollum family, dove headfirst into buying the best rodeo horses and bulls they could find.

In 2001, while Lance had been fighting bulls and picking up for the legendary Outlaw Rodeo Productions the opportunity to become partners with them opened up. As you can imagine, without hesitation, Lance and Joey jumped right on board. Outlaw Rodeo took on the production, paperwork and PR side of the rodeo, while 5J Rodeo Company took care of the arena setup, professional personnel, and the award-winning livestock.

To this day Lance is still picking up broncs. Joey secretaries the rodeos and times when needed. Lance’s brother Jeff runs the bucking chutes as the flank man. Daughters Kacey and Emma, along with nephews Jackson and Jate help keep the rodeo running smoothly, and Nanny Linda oversees them all! It is truly a family affair.

And so……… The Legend Continues! 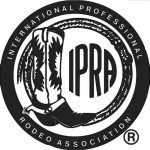